I have been intending to try Flutter for a quite a while and I recently got around to it. I liked it. A lot.

Flutter, from Google, allows you to build native compiled applications for mobile, web, and desktop from a single codebase. Sounds to good to be true? Here’s my test app, using earthquake data for New Zealand from the GeoNet API. The test app is running as a native application on Android and iOS as well as a Single Page Application in the browser. All from the same codebase. Couple this with the superb stateful hot reloading and ease of testing and I’m left feeling like an incredibly productive developer. 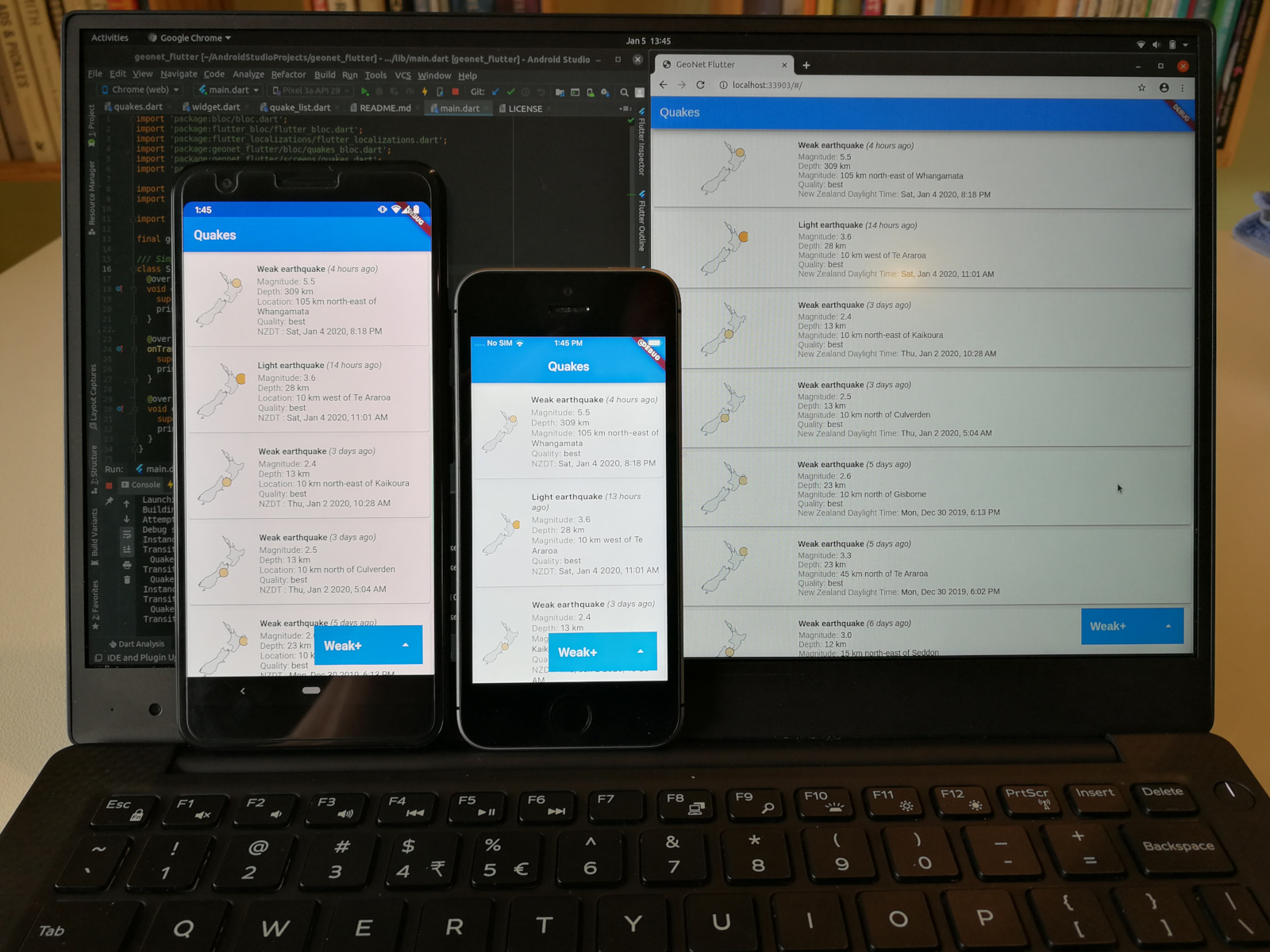 If you would like to try it out, the code for my test applicaiton is here https://github.com/gclitheroe/geonet_flutter

Here are some things you could try adding to the application.

I’ve used the default theme and overridden it in a UI widget or two.

I haven’t run the application as a desktop app. Give it a try.

Things to Think About

So, should you be using Flutter? Here are some things to consider.

I started with a quick prototype and then spent a bit more time understanding what a production application might look like.

I’ve used the Business Logic Component (BLoC) architecture with the help of bloc and flutter_bloc. The UI emits events and responds to streams of state from the BLoC component. This approach makes for very cleanly separated architecture which is easy to test.

There is very good support for testing. Particularly good is the ability to test UI widgets without needing to use virutual devices.

There is built in support for internationalisation. It took some effort to set up, but was then easy to add to. I only tackled strings - I did not consider the harder problem of Metric versus Imperial units.

The BLoC package provides a BlocSupervisor and BlocDelegate that make it easy to add logging, analytics, and error handling in a single place.

I first programmed for mobile in July 2010 after being given a Nexus One at a developer workshop. It was exciting and also profoundly dissapointing; Java, XML, slow testing, and clumsy tooling made for an often frustrating developer experience. Having to write applications twice to cover Android and iOS was a hard sell and tedious work. Flutter gets rid of that duplication. Working with Flutter was fun and I was more productive. Give it a go, see what you think.

I found these resources particularly useful.